Written on 10 July 2020. Posted in DISSEMINATION

This is the translation of the front page of the newspaper in “Eleytheria” in Larissa.

“The refugee’s issue in Greece and how it is being treated was widely discussed yesterday in Larissa by authorities of Thessaly district. Members of the local authorities concerning the migrants, carriers of education, teachers and students coming from six European countries (Greece, Turkey, Italy, France, Norway and Poland) talked about this situation in our country that was caused by the Middle East and the North Africa wars. They all referred to how it could be solved, to the reaction of the community and generally to the stressful attempt going on until today to create the best possible conditions for the hospitality of refugees.”

(To be continued on page 6) 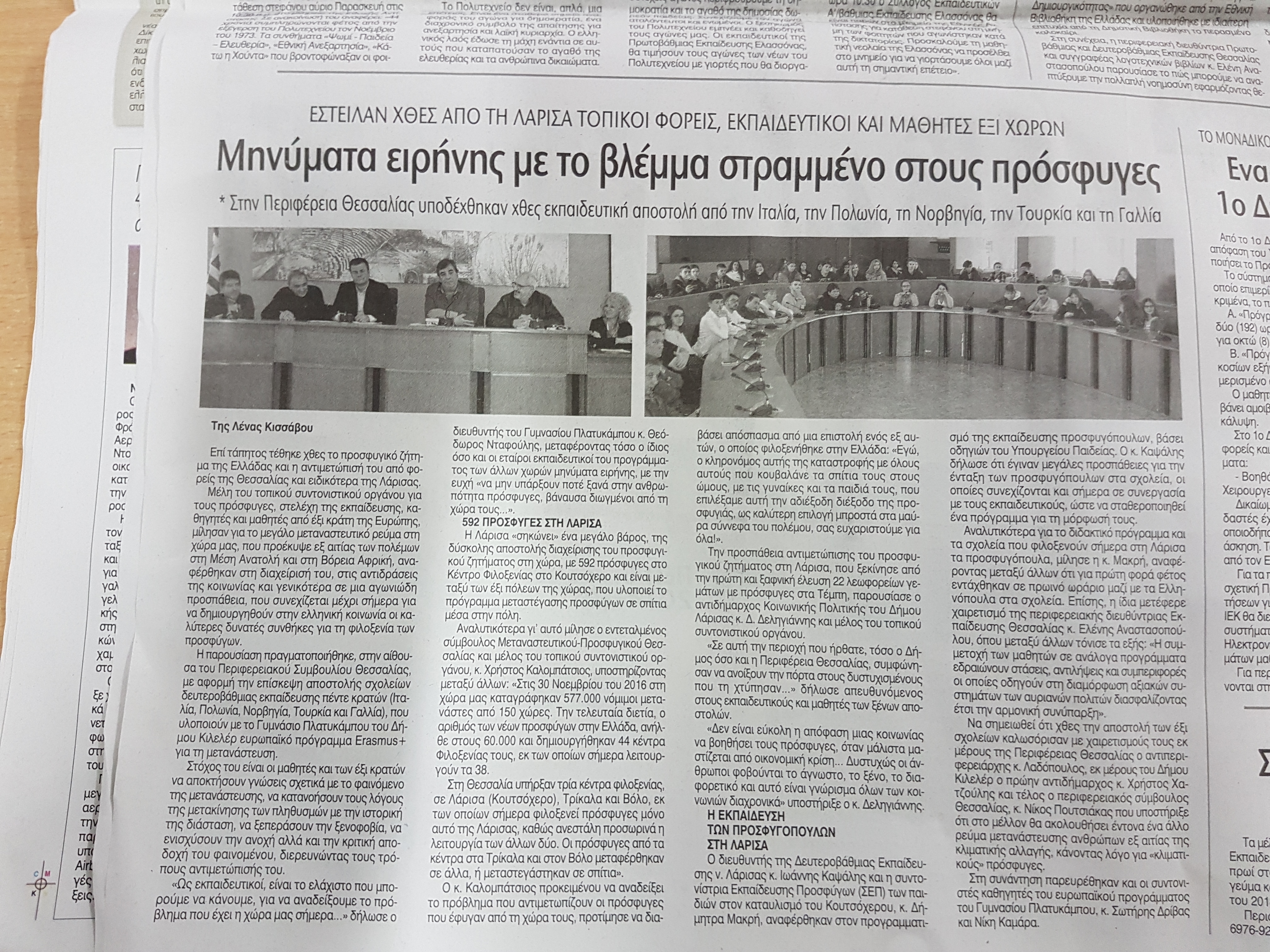